Born in Bethlehem, the Rev. Dr. Mitri Raheb is a powerful advocate for peace in the Arab-Israeli conflict. His thought-provoking book, I Am a Palestinian Christian, is a landmark work in interfaith and intercultural communication. The Rev. Dr. Raheb earned his doctorate in theology from the University of Marburg in Germany in 1987 and has been Pastor of Christmas Lutheran Church (Evangelical Lutheran Church of Jordan) in Bethlehem since 1988. Fortress Press will soon release his latest book Bethlehem Besieged: Stories of Hope in Times of Trouble which tells the untold story of the siege of Bethlehem.

The Rev. Dr. Raheb is also the founder and General Director the International Center of Bethlehem. The ICB's mission is to promote civil society in Palestine by strengthening Palestinian identity, cultivating artistic talent, and facilitating intercultural exchange. The Palestinian name for the International Center is Dar al-Nadwa, literally meaning ''the house of worldwide encounter.'' The name was chosen deliberately because of the need for dialogue among people from different cultures and contexts. An integral part of the Lutheran Church of Jordan's ministry among the Palestinian people, the Center has provided services for more than 20,000 people annually, both local and international.

Under the auspices of the International Center, the Rev. Dr. Raheb founded the Dar al-Kalima Academy in 1998 for Palestinian children in Bethlehem from kindergarten through 10th grade. The first of its kind, the school employs a holistic, self-based learning approach that focuses on students' creativity, potentials, talents, abilities, and interests. The school is coeducational and its nearly 250 students reflect the social, economic, and religious diversity of the Palestinian community.

In 2003, the school expanded its offerings to include a Wellness Center. With the support of Wheat Ridge Ministries in Illinois, the Wellness Center provides a safe haven for children, youth, men, and women who are the victims and potential victims of violence. The Center focuses on general preventive medicine, community health awareness, and psychological health issues associated with the current situation in Palestine. Its medical facility is composed of several clinics, including an audiology department and a multipurpose room to accommodate health awareness meting, workshops and training sessions. The Health and Wellness Center is also equipped with a swimming pool and several fitness rooms.

In addition to his duties with the ICB and Dar al-Kalima, the Rev. Dr. Raheb is the pastor of Christmas Lutheran Church. Located near Manger Square in Bethlehem, the church must deal with many challenges related to occupation. In April 2002, the church, Dr. Raheb's home, and the ICB were hit by shelling from Israeli tanks and soldiers. Tanks damaged the church and destroyed the entrance to the parsonage. Dr. Raheb and his family were relegated to the upper floor of the house, fearing for their safety. Fortunately, Dr. Raheb, his family, and the parishioners of Christmas Lutheran were unhurt in the attack. But amid the dangers and challenges that confront his ministry in Bethlehem, the Rev. Dr. Raheb is an undaunted worker for the Gospel, for peace, and for reconciliation.

Dr. Raheb was recently awarded the 2011 Deutschher Medienpries International Award in the city of Baden-Baden in Germany on February 14, 2012 for his tireless work in creating room for hope for his people, who are living under Israeli Occupation, through founding and building institutions of excellence in education, culture and health. He was also awarded the 2003 Wittenberg Award from the Luther Institute in Washington, D.C. which recognizes Lutheran laity and clergy from around the world for distinguished service to church and society. He was also presented with the 2003 HECF Award at the Fifth Annual International Conference of the Holy Land Christian Ecumenical Foundation in Washington, D.C. which is given to individuals who have made a lifetime commitment to assisting the Christians living in the Holy Land 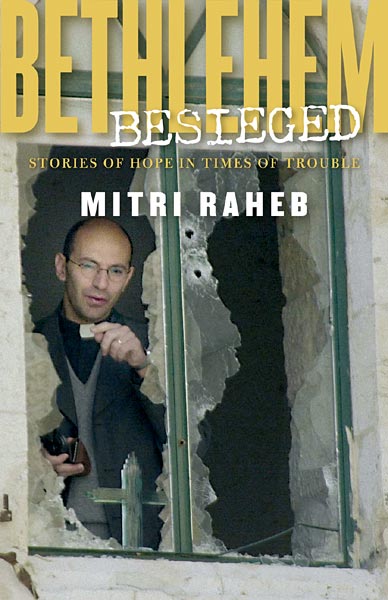 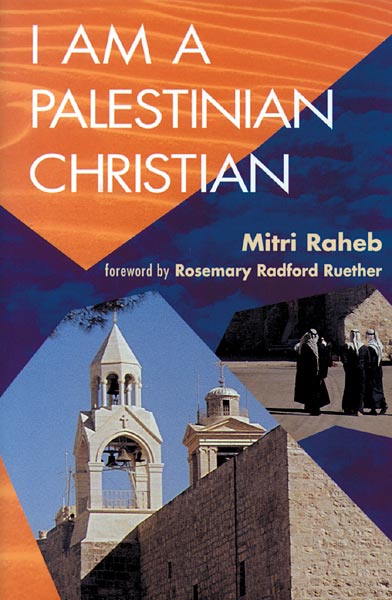